We live in volatile times. External circumstances are changing ever so rapidly and dramatically. These changes are totally out of our control, mostly unexpected and often carry meaningful effects; effects that can easily bring a company to its knees.

In addition to this reality there are two psychological phenomena that are important to consider; the first – “It is out of our control, there is nothing we can do”, and the second – “It is true, but it will not happen to us”. These two phenomena, even though most will not admit they behave in accordance, lead to organizations continue operating as if the risk is not there. As if ignoring it, makes it non-existent. But this is not the case.

Have you ever wondered, how is it that it is possible to use a typical multiplier for estimating the valuation of a company? if one considers the performance of all companies in a given industry and geography for a long enough period of time, let’s say 20, 30 years or more, one will find a very interesting phenomena – all (most) companies that exist for the whole period have experienced on average the same rate of top line growth and the same average level of profitability. Yes, some of the companies had better quarters, or even years from time to time than the others, but throughout the whole period none was able to demonstrate superior performance, consistently. This is why it is possible to use one common multiplier, but the more important realization here is that, randomly at any time, some companies are experiencing better performance than others (meaning that specifically, at that point of time they grow faster than the rest and have a higher rate of profitability), while others perform worse.

Now consider the changing external circumstances; they are unpredictable, out of control and carry meaningful effects on business. Imagine such an event happening when accidentally your company is on the “better performing” situation described above. How luck are you then, aren’t you? Your temporary “upward” performance protected you. But what if, accidentally you were exactly on a less favorable period, your sales were stagnated, or even experienced a temporary downturn and your profitability lower? Then, you are not that lucky and the effects of the situation can be detrimental.

To illustrate, consider the following scenario: Two competitors, each having annual sales growth of about 10% year on year, and profitability of about 10% (profit before taxes). Now imagine that this year, company A is having sales of about 10 Million, which is 5% lower than the year before and profitability shrunk to almost zero while company B is having sales of about 10 Million as well, which is 15% more than last year and its profitability is almost 18% this year. Just three months ago, company A, to deal with its performance decline decided to make an investment in some marketing initiative of 1 Million. For that purpose the company used it’s cash reserves and a loan taken from the bank. Company B, did no such thing. Now, the external event happens. It is bad, and negatively effects both businesses leading to a steep decrease in sales of about 8% within a couple of weeks. What is the effect on company A? and on B?

Company B, got the hit, but the effect was bearable, company A most likely bankrupted. Accidentally. It could easily be the other way around…. if it happened in another time. Can you really leave this reality for your company? Rely on luck to save you? I do not think so.

What is required to not leave survival to luck? You need to have Business Performance Buffers. Performance buffers that can absorb the effects of the external events, and diminish the effects on the company and totally eliminate the risk to its survival. There are three buffers required; The Growth Rate Buffer – Your company’s top line rate of growth must always be greater than the average of your industry, The Profitability Buffer – your profitability must always be greater than the average of your industry and The Cash Buffer – you must always have sufficient cash set aside to enable you to sustain your business. Without these buffers, the natural business performance fluctuations, coupled with the random nature of these fluctuations and the random nature of the changing external circumstances place your company’s survival at risk. Meaningful, survival threatening risk.

Do you have a strategy that can reliably and consistently create and sustain these buffers for you? Today’s volatile times mandate that you do. A strategy for immunizing your company is required, and now is the time to design and implement it, as tomorrow may be too late, even for you. The good news is, that such a strategy is possible to design and implement for most companies and as always in a competitive world, those that act first, win more. 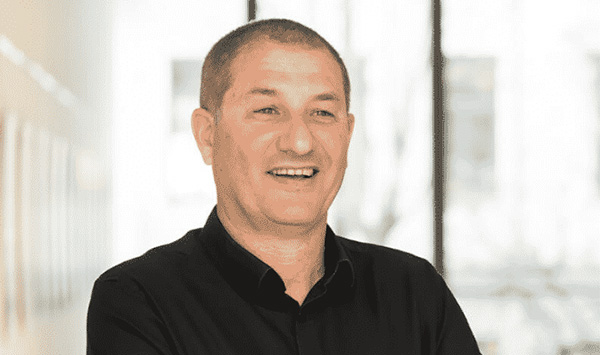 Mickey Granot - Global Managing Partner Granot Group with more than 35 years of management consulting experience, globally. He is a renowned TOC expert that for many years worked jointly with. Dr. Eli Goldratt was responsible for the development and dissemination of the Theory of Constraints (TOC) body of knowledge and eventually was the CEO of Goldratt Group.
All Posts
Accessibility by WAH
Menu
Envelope Linkedin-in Youtube